The bridge was originally built in 1889 by George Grant Mackay, a Scottish civil engineer. It was originally made of hemp ropes, and was replaced with a wire cable bridge in 1903. In 1910 Edward Mahon purchased the bridge, then in 1935 MacEachran purchased the bridge and invited local natives to place their totem poles in the park. It felt necessary to add some kind of native heritage to the bridge as it was lacking a personality. But the bridge formed its own identity throughout the 100+ years of its existence, it is now part of Vancouver's heritage.

The Capilano Suspension Bridge has been visited by people since 1889. Suspended 230 feet (70 metres) above the Capilano River, the Bridge spans 450 feet (137 metres) across. Below the bridge is a canyon. Crossing the bridge is scary as your feel the bridge sway left and right.

Capilano Suspension Bridge Park is an amusement park. You can view the rainforest via Treetops Adventures or venture into the Cliffwalk, a 700-foot long (213 metres), 300-foot high (91 metres) walkway anchored and suspended above the river.

The bridge is located at 3735 Capilano Road in North Vancouver. There are free shuttles that will take you to the Park from Canada Place.


Over a century has passed since the first people crossed the bridge, but little did they know that it would become one of Vancouver's most sought after attractions and landmarks. The bridge gives a glimpse of the surrounding wilderness area that continues to bring tourists from around the world. 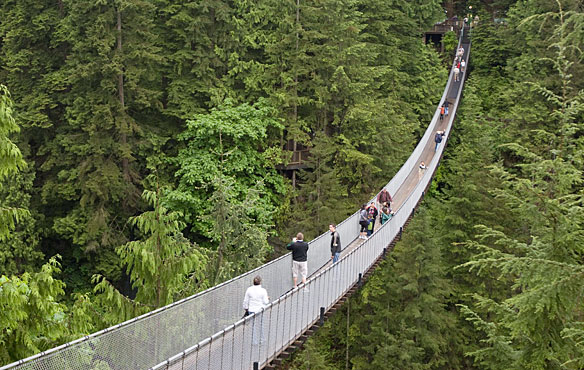 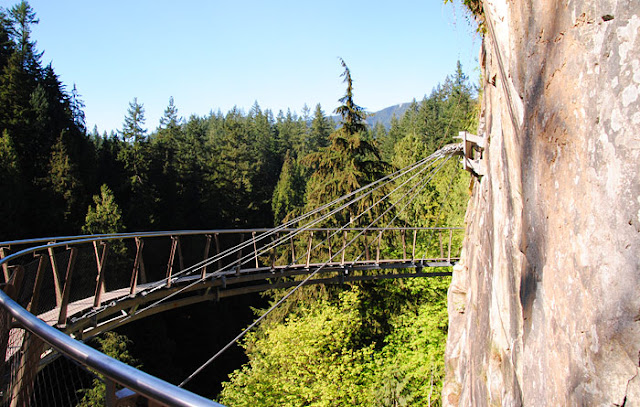